January has been declared National Glaucoma Awareness Month by many leading eye health organizations in efforts to spread awareness of the disease by sharing knowledge regarding the risk factors, causes, symptoms, and treatment options for the disease.

Glaucoma is a leading cause of blindness in the United States, but loss of sight from glaucoma can be prevented if treated early enough.

This is why spreading awareness of glaucoma is so important to the general public. Early detection and treatment are key to preventing permanent eye damage when it comes to glaucoma.

Our team at Illinois Eye Center would like to help in spreading awareness of glaucoma by sharing these top 10 glaucoma statistics that you may be unaware of:

Regular eye examinations by your eye care provider are the best way to detect glaucoma. During a complete and painless eye exam for glaucoma, a qualified doctor will measure your intraocular pressure and evaluate any optic nerve damage. 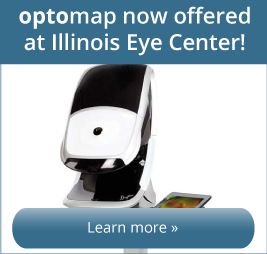